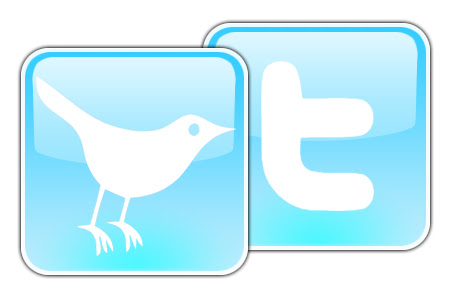 I'll blog later about today's class (featuring Texas Chainsaw Massacre and feminist film critique), but for the moment (and that's about all I have) I want to get back to the difficult task of "branding" as we have come to call it. While I'm still resisting the labeling, I am trying to be more conscious of where I might have readers who don't know me yet but might like to do so.

One of my other areas of interest is popular culture; I've been a member of the Popular Culture Association since 1995 and national area chair for Medieval Popular Culture for about five years now. In particular I have an interest in "medievalism" or how popular culture adapts, adopts and re-imagines the medieval, which includes everything from film and television to video games, websites and of course, re-enactments and medieval/renaissance faires.

But I'm also increasingly preoccupied with New Media, particularly its impact on my teaching life. I worry about the lack of engagement with New Media in our curriculum, and with my colleagues Kim Middleton, Catherine Cavanaugh and Fred Antico, helped derive a new minor in Film and New Media Studies. It's a start, but there's so much more to be done. While Twitter, Facebook and so on occupy an important part of the popular media, the impact on our working lives hasn't yet been well articulated -- and I think it needs to be.

But now I have to get back to my class prep, so I'll leave you with a question: what's the impact of New Media on your life?
Posted by C. Margery Kempe at 10:53

The impact on my life is that I now spend many more hours than I ever imagined I would sitting in front of a computer. However, I do enjoy the ability to 'meet' new people and the learning possibilities are endless.

It's eating up all the time I used to spend reading or working in my garden and flower beds. I blame social networking for my field of thistles.

LOL -- you just need an Eyore for your yard, Patricia! But you two are right. I have always spent a lot of time on the computer, but now a lot of it is spent on social media sites rather than my own writing. But what I do write has better visibility, and I write a lot faster now, too.

I'm certainly writing faster! I feel as though I have gremlins chasing me.

I stopped back to say thanks for the link to the Finland photos. I'm starting to get that urge to crack open the photo albums. Can we ever get enough of our travels? Probably not.

If I’m understanding the way you’re using the term, I’m trying to avoid this, actively. I don’t want to be known as any particular type of author. That is mystery, romance, etc. How limiting. Yet, I can see the marketing sense it makes. Are you gonna write more about this? Thanks, Galen.

You can never be done with traveling!

Yes, branding is something I resist, which is why I quote Kierkegaard on my homepage. But if you're trying to get your book in front of readers and your identity is too diffuse, they don't know where to find you or what kind of books you write. It's easier if you stick to one genre, but I seem to be constitutionally incapable of doing that. So I need to give other hooks to hang my hat on, so the people who might be my readers can figure that out.

But it's not easy. I'd rather be like Stephen Fry and do anything I liked, but I'm not there yet (nor likely to be, but hey -- it's good to have goals).

In all honesty, New Media has made it possible to realize a lifelong dream.

Ten years ago, I really started to research the path to getting published...and I wound up very disillusioned. I didn't like the publishing world that I found, and I wasn't sure I was cut out for that kind of cutthroat competition.

Now, the ebook world is flourishing, and because it's much smaller, and tends to be often genre oriented, I'm finding the kind of publishing arena that I dreamed of - and I'm having a blast.

E-books are wonderful! I read on my iPod Ianto all the time. So convenient and discreet (how else could I bear long meetings?!). As people get more used to the format, they want to read more -- not that print will probably ever go away, but the more formats we have, the better.

Technology has gotten so advanced it makes some aspects of the writing life easier (research for instance) but the connections in the social networks can easily take over the day if not consciously monitored, in my case at any rate.

As a journalist, I could go on and on about this one. I love new media -- love it, love it, love it. But it doesn't stand alone. Usually, to make new media work (and I'm talking journalism here), you still need solid reporting, writing and editing. Adding the new media component though, brings it to another level.

I'd love to hear more about your class, especially since I'm local.

What New Media means to me....

I'm finding where I can redirect my talents for a "day job", while training and researching for a "career."

Cranky, that's wonderful! What a terrific path for you. I know you'll be perfect for that kind of job.

Alexis, as soon as I can squeeze in a moment. I started a post but I've got a meeting in a few minutes...

It's a love/hate relationship: I love New Media for the opportunity to have access to so much information and networking, I love it for keeping in touch with far away friends, but I truly despise the TMI culture it enables and the lack of privacy.

Queen, I know what you mean! I think we'll eventually find some middle ground on the TMI tendencies, but it's going to be a while yet.

I sometimes feel that branding is restricting to the creative side of writing. Do I want to be labeled this or that? I'm not so sure it's helpful.