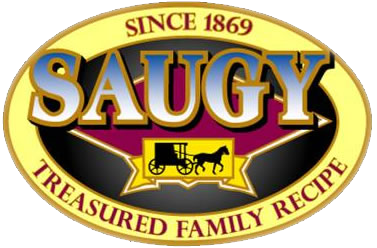 All right, a week late, but let's get to it while I still have some fleeting memories: We set off last Thursday hoping the weather would hold, which it did until we got to Connecticut. Within sight of our first goal -- Rod and Elena's -- we were suddenly deluged by rain. Our way was further impeded by construction around Hartford. Argh. We got there at last, but after seeing the traffic backed up going the other way (the way we'd be heading to Rhode Island), we decided to have Rod's birthday dinner in West Hartford.

I don't remember there being so many great looking restaurants in West Hartford! Admittedly, we seldom went there but to visit the West Hartford Bookstore (alas, like so many indy bookstores, only a memory now), so it was a treat to go to Luna's and have some fantastic pizza. We had leftovers for a midnight snack. Then it was on the road and, unfortunately, another deluge. By the time we got the Bristol Harbor Inn, we were feeling a bit exhausted, so we debated whether to go over to the quad or not.

Thursday night of Necon means ghost stories and saugys ("Is your grill worthy?"). But when it rains, there's not so much fun because you can't stand out on the quad yacking. We decided to go anyway, even though -- as usual -- we got to talking rather than listening to the ghost stories. One of the people we ended up chatting with for a while was the ever-entertaining Cortney Skinner. Elena was wearing her CSI:Miami shirt with a description of every death on the back of it (she spent the evening pirouetting) and Cortney shared his obsession with David Caruso's ticks (acting ticks, not the bugs). He also mentioned how he and Beth and her sister Barb (the latter sadly absent form Necon this year) all got to be in Evan Almighty because it was filmed in the small town where they live. Apparently Beth's car gets a brief cameo (she has a vanity plate that says "I write good" [spelling may vary]). We told Cortney we were looking forward to his presentation Sunday on Larry Blamire's latest film Trail of the Screaming Forehead, the follow-up to the amazing Lost Skeleton of Cadavra. But then the rain came and we decided to head back as everybody else headed inside. While the birthday boy napped, we three went out to the pub on the harbor and sat yacking until about 1 (have to get our Necon hours set).

The next morning was the first Olympic event, mini-golf, which we got to once we figured out that Rod and Elena had not locked us in our half of the suite (d'oh! but they thought we'd locked them out of the bathroom). As usual we made up a foursome with Phil and Anya. Of course as we pulled up at White Cap we ran into lots of people we hadn't seen the night before, including Dan Foley (former student, now author and Necon regular). Then it was off to Fantasyland (the name of the amusement center). I played a personal best, but it was no match for the true pros (like Dan and John Douglas). We had our usual fun -- Gene's got the pictures to show it (and he'll put them up once he finishes Harry Potter, which I already finished, hee hee). After the round we got our slice o' pie and our tokens, so we could play the shark equivalent of Whack-a-Mole and then watch Phil and Anya ride the merry-go-round. As usual, we made a stop by the grocery store and 1776 , Necon's favorite off campus shop. Chris Golden even suggested that they have a booth at the con next year, but Dan Booth thought that would make things a little too convenient.

I've only got to Friday lunch! But it's so hot by this computer that I'm going to take a break. More anon. I'm at home as construction continues at the office. Argh.
Posted by C. Margery Kempe at 12:38

Necon always sounds like tons of fun, but alas, it's always the same weekend of the Road Agents' Rumble.

You'll have to come sometime -- there's nothing quite like Camp Necon. You can come just for a day.

Next year it overlaps with Readercon, which usually doesn't happen. Craig Shaw Gardner was a bit peeved about that, since he generally does both. But when they overlap, he said, there's no doubt which one he'll attend: Necon!

We always dread it conflicting with Trinoc*Con. Hate to miss Necon, but we need to see Mildred and Susan at least once a year. Fingers crossed for next year!