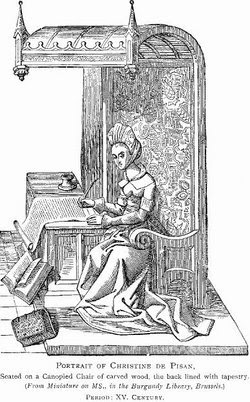 I finished a story last night. It's weird to think how long it's been since I felt that particular mixture of "hurry up!" and "don't let it end." It's a story I actually started last year, in fact I read its first few pages at Trinoc*con last year, assuming I would finish it shortly thereafter. Nope. A combination of things -- mostly due to starting my first year at Saint Rose. I finally dug the story out this spring, but the other big projects kind of overtook my time (yeah, and travel).

So there I was last night -- while Gene, too, was typing furiously for his deadline (how much happier he is without Flake-Wilkerson) -- getting near the end, impatient for it to get there, but wanting to get it right. After all, I'm going to read the complete version at Trinoc*con this weekend, so it gets immediate input. As always, there are bits that I hadn't quite figured out, so I had to wait until the characters figure out what makes sense. Stories don't always go exactly where you think they will. And there could be more to this one -- of course it's got two other things in front of it, fiction-wise, as I'm still finishing Unikirja and am four chapters into another novel.

Here's the other thing: It's going to take the whole hour to read it!

The story I thought would be a few pages longer turned out to be about 10K words, or 30 pages. Yikes! The major issue immediately is that most mags don't want stories above 5-7K tops. Although webzines (some of which do indeed pay) have relaxed those limits somewhat.

The topic isn't entirely niche either -- a zombie western. I think the title is good though (ask me if you want to know it, I'd rather not post it).

There's the hideous noise at my office on campus because they're rolling and digging the driveway. There's some kind of drilling or grinding going on at the school across the road here, so noise seems inescapable today. I just want to work! Argh.

It was really weird to find out that my pal Mildred has been keeping a writing blog since March and told no one. Of course, I immediately devoured it -- it's such a singular experience to get an unguarded glimpse into a friend's thoughts (and a thing done at one's own peril). I'm not linking to it, as she doesn't want it to be especially public yet (yes, a thing can be on the net and not public; there are thousands of blogs out there, so even looking for it, I couldn't find it until she gave me the URL).

Pearl, whom some of you know, has also been blogging in earnest, and not just as part of the group she's in, Short Punks in Love. She went to the BlogHer conference in Chicago, a gathering for women bloggers and wound up a sound bite on NPR.

You never know where stories will go...
Posted by C. Margery Kempe at 09:36

Heh heh heh. I knew I had hidden that blog well. ;-) When I wrote that first (horrible!) screenplay I kept a writing journal with a typewriter. *sigh* I miss typewriters.

I was really hesitant to give you the URL to that, because I had a feeling you wouldn't be happy with everything I said about you. It's difficult for those of us who are not described a "nice" to fully understand how hard it is for those of you who are "nice" to be called that. I meant it in a totally loving way.

The part about arm twisting - well, I wouldn't be writing without that, now would I? So it's a GOOD thing. Whatever piece of muck I eventually come up with will be ALL YOUR FAULT. Bwahahahahaha!

And YEA about getting to hear the end of the zombie western. I really enjoyed the part of it we heard last year.

The advantage of journaling is the total freedom to say what you feel without censoring yourself. It's a relief to be able to do that without fear. We all can use the release of expressing the unpleasant thoughts about those close to us from time to time (none of us are angels).

So I would have understood if you wanted to keep the journal to yourself. Kudos for being unafraid.

Hope you still like my story when I read it Sunday. So are we doing a private reading of the WIPs? Or do we need to fill you with some scotch first? Or just cheap beer ;-)

Cheap beer will definitely loosen my tongue. I'll bring the book with me, of course, and we'll see if anyone is interested in listening to something written under the motto: Write! Even if it's Crap!

"Even if it's Crap!"? I thought that was chuckie58's motto for choosing beer.

Is there any other motto that matters?

How would that sound in Latin?

Per angusta in augusta.

Where's Crispinus when you need him?

Hee hee! She's going to slug you when we get to NC, sweetie.