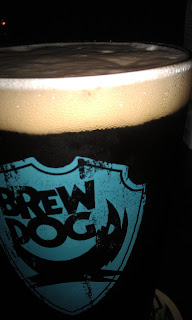 Another Sunday has rolled around, giving you the opportunity to spot new writers you might like with the Six Sentence Sunday crew. A great, simple concept that seems to be very effective. My six this week come from a short that's been under submission for a bit now; I've become so good at the "submit & forget" that until a chance bump to the memory regurgitated it, I had forgotten the story existed and also where I had sent it, so I had to dig around to find it. Some detective work, eh? All I knew: it was named after a Fall reference.

Yeah, that narrows it down.

So here's a bit from "Grotesque" which is out there trying its luck (and now I know where). I picked a few lines describing the pub where most of the story takes place. Loosely based on a pub I know, but made much much worse, naturally; that's what fiction's all about. The scene begins with an explanation why no women have ever crossed its threshold:

Perhaps that could be blamed on the décor, which ranged from brown to more brown. Or the ambience that derived from unwashed and mostly middle aged men just off shift. The young lads all went to the shiny new sports pubs with their cacophonous screens and drinks with asinine names that they swilled back like candy.

We had two kinds of lager here and one of ale, with Guinness on the side for the old men from the isle. In the summer you could also get cans of Budweiser to take out into the 'beer garden': a picnic table on a concrete square between the rubbish tip and the gray wall of the car park. The chief appeal seemed to be you were allowed to spit out there.

I'll let you know if/when something comes of it. I'm sure it will eventually.

LOL, me too! Not places you return to, eh?