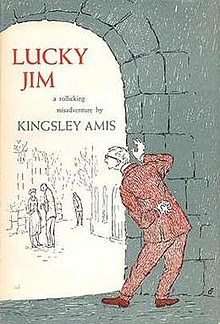 I had a rather surprising piece of mail this week, that made my head spin around for a minute and then re-read the message. I've been invited to be a keynote speaker.

Apparently so. It's the eleventh annual Craft Critique Culture Conference at the University of Iowa next April. You can see this year's schedule online and get a feel for it. Here's their description:


Craft Critique Culture is an interdisciplinary conference focusing on the intersections among critical and creative approaches to writing both within and beyond the academy. This year’s conference will explore the dialectical relationship between the periphery and center, specifically questioning the nature, theory, practice or role of the periphery. We invite the submission of critical, theoretical and original creative work in a variety of media and across the humanities, sciences and legal disciplines. In the past, submissions have included not only traditional scholarly papers but also film, video, music, writing, visual art and artists’ books.

So you can see from this description (and as Katie and Sofia, the organisers emphasized), the reason they asked me was for the very thing that most of my mentors suggested I avoid doing: everything! Hee. But it's true. From the time you hit college and even more so in grad school, it's all about specializing. I'm constitutionally incapable: it's natural to me to make connections, even if they're the kind of things that no one else sees. It's quite exciting to have a chance to share that with such a lively group of young scholars and trumpet the positive side of writing across disciplines and the high/low culture divide. Big thanks to my pal Dana who apparently was the one to drop my name in the hat. Several years ago Dana was the brash teen who joined the Horror list; now he's a grad student in Media Studies. How cool is that?

My first thought was that I have to be Vonnegut-worthy in my speech. After the initial euphoria, of course, came the doubt. Then it was Jim Dixon who came to mind, in particular his "Merrie England" speech. All those years ago when I read Lucky Jim for the first time, I had no idea I would become a medievalist. How weird is that? Amis' hero nonetheless resonated with me in part for my (continuing) love/hate relationship with academia.

Then again things turned out all right in the end for Jim: he got the girl of his dreams and a cushy job in London. Could be worse, but I don't think I'll choose "Merrie England" as my topic, although there may be a medieval theme. But no Dutch courage, for sure!
Posted by C. Margery Kempe at 15:42

You'll knock them several different directions of dead...and if you don't, you can make a multimedia recounting of the experience...

@Todd -- LOL! And of course, I will put the speech on Scribd so you all can read it. It seems probably that someone will take picture or (argh) video since the Media program is sponsoring. I'll doubtless make a Powerpoint pres because that always distracts the audience from me.

Love to hear you speak.

Thanks, Patti. You are kind.