Well, the new idea I have been preparing for at last begins -- a serial novel which you can read here on my newly launched second blog (is this the sign of the new virtual wealth? "oh yes, our second blog is just for tooling around town...").

The plan is that new installments will come out once a week (barring unforseen events, travel, or monster grading sessions). The novel in progress does not yet have a title -- I am considering running a contest to choose the title from suggestions. I may be employing a Google Adsense advertisement to support the project, too. At present I'm just playing with the possibilities so nothing is set in stone.

That goes for the story, too.

I have a notion where it will go, but I don't have set ideas about how it will get there. Initially, the idea I sketched out during a panel at Albacon was much more formal. After I let the idea percolate for a time, I decided against pursuing that course for something with much less pressure. Nonetheless, I hope it will prove engaging. I guess you all wil be the judge of that. So mosey on over to the new blog and see what you think. It may not rival the popularity of Dickens' Little Nell, but one must try new things! 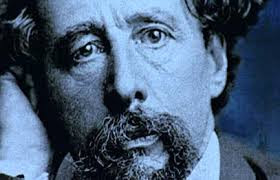