Because what would Alt-Fiction be without a fantastic assortment of baked goods?

The fabulous Adele was hostess with the mostess *and* organiser supreme. Alasdair served faithfully as Brekkie czar and all-purpose mood elevator. Great to see Vick and Vince and Kat again as well as to meet new folks.

The Phoenix proved a great venue, mostly because of the winning combination of WiFi, food and drink that kept people from roaming far. The staff were unfailingly pleasant and helpful, which makes a huge difference. And unlike the Quad last year, they did not run out of beer.

They were warned about writers!

I had a panel on adaptations to different media with Dave Moody and Niki Valentine, then read in the flash fiction panel a story I had written that morning (The Rook). Played Trivial Pursuit in the cafe and chatted with folks. We had a terrific Italian dinner!

Sunday was my chat with Graham Joyce about the very dangerous fairy folk. Not sure I was entirely awake, but people said nice things after.

Theme of the weekend: Buffy's Once More with Feeling :-) thanks to everyone, especially Adele. Bursts of ideas as well as plans for next year! 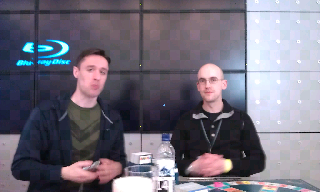 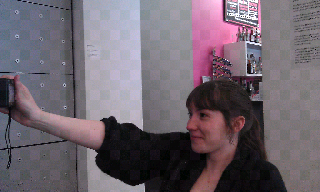