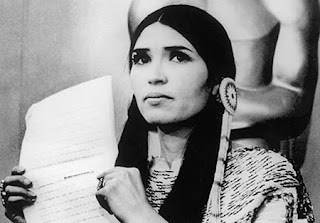 Apparently there's a big controversy around the British Fantasy Awards this year: One of the most out-spoken and much-forwarded commentaries came from noted anthologist, Stephen Jones.

I wasn't there and can't say anything about the specifics (which look, by all accounts, particularly egregious). But I can comment on the general issues of awards presentations and perhaps more particularly, small presses in Jones' comments. Apart from the condescending equation of "small press" as necessarily the opposite of "professional publisher" (which is simply ignorant), it sounds like every other awards presentation: how often has the best film actually won the Oscar or the best music a Grammy? Even in benign situations (i.e. outside multimillion dollar industries), people vote for the names they know, not the books they haven't read (that with luck they might finally read when they are still being recommended to them ten or twenty years on). This is how the old boy network goes on and on, not necessarily through outright malice but through "friendship" of a kind. It's just that the group of insiders got even smaller this time around at these particular awards. Ridiculous: sure. But a difference of degree not kind.

An example: there is no "best of" category in the last couple of decades that a Stephen King novel deserves to have won, but if you check the records you'll find that he consistently wins. Why? People know his name. Those of us published with small presses (whose size is no indication of their professionalism)  -- and women, people of colour and queer writers -- struggle to get on ballots because we often sell fewer copies and have less name recognition. So yeah, we tend to look at awards with a skeptical eye or face the arguably ghettoising effect of starting our own awards. We don't begrudge Jones and others' their vitriol, we're simply mildly amused that they've just noticed that awards aren't always given to the best after all.

And yes, I have received awards. And yes, I always give gracious thanks. And no, I don't expect anything to change.

UPDATE: The winner of the best novel returns her award. So far no male award winners have been bullied into returning theirs.
Posted by K. A. Laity at 06:00

Oh, I didn't know anything about that. I do enjoy the odd kerfuffle.

Maybe the old guard-some writers included- are getting worried that their ivory tower is becoming a bit wobbly these days.

Why am I not surprised at that, Mr B? Hee -- I think it fairly clearly sounded like ballot-stuffing in some categories, but yeah, it seems there's a lot of indignation that the self-proclaimed "professionals" aren't getting their propers. Oh well.

Very strange. As co-publisher of a small-press magazine, FANTASY TALES, one would think that Jones wouldn't be quite so quick to dismiss...but that was some time ago, and even the last few issues of FANTASY TALES were, back when, somewhat clumsily produced by Carroll and Graf as trade paperbacks in the US. And whatever one thinks of the circulation or pay rates of BLACK STATIC, it's certainly a professional package and I've not heard of anyone having to dun Andy Cox (as opposed to, say, Leisure Books). Ah, well...it doesn't help what might well be (and in many ways seems) a reasonable argument to dump extra vitriol in...

My favorite utterly ignorant whining a couple of years ago was that involving the "best picture" shortlist at the Oscars being expanded to ten entries, which 1) was the number the Oscars originally had and 2) meant that some actually interesting films were nominated for a change and 3) fulfilled its only real function, in spreading attention to films for promotional purposes...including those actually interesting ones.

As someone rather happy to have picked up two campus awards for writing back when I still haunted several campuses, and nominated more recently as a "straight" guy for a Lambda (for homosexual-friendly/equal-rights-advancing fantasticated fiction), I'll simply fall back on the only true measure of any award...the caliber of what it's awarded to. Thus the Nobel is too often a bad joke, and it does better than many.

Sacheen Littlefeather certainly made for a more interesting ceremony...

You know, I neglected to explain the title and that photo, just assumed that people would either know or ask. Good to know it hit the mark at least for you, Todd.

That the entire industry has shifted around planning and release dates to pitch works for the Oscars tells you everything you need to know. It's a business. Art is just an occasional by-product, coming when you least expect it.