BitchBuzz and Over the Edge 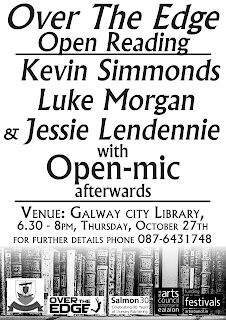 I'm fighting off a cold that seemed to ride my coattails from London but if I'm feeling not too bad, I plan to head off to Over the Edge's reading tonight at the library (where I am now mayor :-) and perhaps try out a new piece at the open mic if there's room. A rather silly piece, but one I'm already fond of and having run it by a couple of people, I'd love to hear how it goes over with a crowd.

My column nearly didn't happen this week: I tried a couple of different things and nothing jelled (maybe it was coming down with this cold -- can't remember the last time I was sick!). So I emailed my editor to admit defeat and voilá! She had something for me to write up. Looks like a fun event: