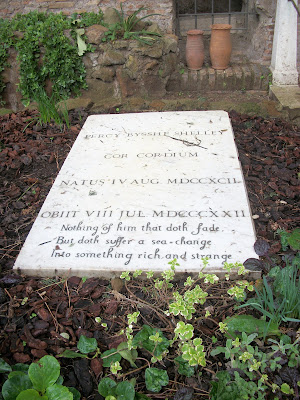 Well, I don't generally consider myself to be a poet, so it may be a bit surprising to hear me announce that I have not one but two poems coming out soon, both inspired by a bizarre headline I reposted here. "Moths" will be coming out in Zouch Magazine, which has also offered poems by talented pals of mine, Alessandra and John (see, all the cool kids are doing it!). I love their visual aesthetics. "Lullaby" will be in the June issue of Chronogram, which is available in upstate NY and probably western MA as well. I think they eventually put things online, too.

I suppose Shelley might be spinning in his grave at the thought of this, but hey, if they idea comes to me, I write it. And more often than not, someone somewhere seems willing to publish it.

I have a couple of humour pieces to come out as well. "Soap Opera Digest" will be in the next issue of Dragnet Magazine (another beautifully designed site). And coming soon, although I'm not sure when, from Defenstration Magazine (love that name!) will be "Review: Dracula X" which some fellow Horror listers may recognize as the expanded edition of a rather silly April Fool's joke.

Hope everyone who's got a holiday today is appreciating it. I'd appreciate it more if it were less warm. Bleh. Hope it's cooler in England this year than it has been the last few years. Where's my rain and fog?!
Posted by C. Margery Kempe at 09:05

Well, there was the big point in an episode of MAD MEN wherein the Brit purchasers of the ad agency were annoyed that one of their newly acquired accounts was that of "London Fog"...when London had never been prone to fog (so much as coal smoke and similar smoggish dust)...

I know -- I've never seen fog there. Unlike Connecticut which seems frequently wreathed in fog. I just want cool weather. This heat is awful and it's only just this moment June. Ugh.