"I don't really write from a solid idea. It's never that certain at the start. You get to what you're saying through the writing, the process; and then you move on." ~ Mark E. Smith 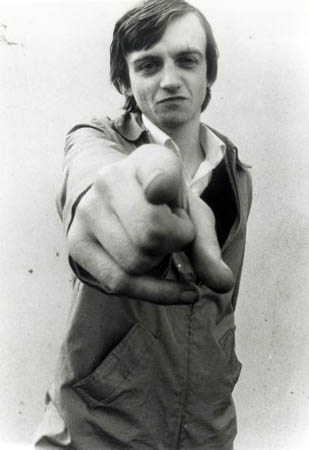 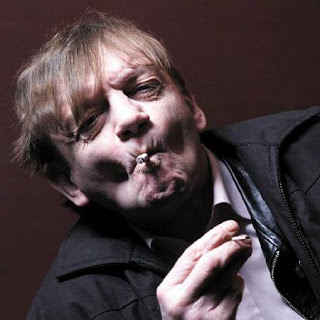 My entry may not really be 'forgotten' so much as completely unfamiliar to many. I bought a copy in one of the bookstores on the Southbank last year, which was near the start of my growing obsession with The Fall. I'd only seen them live once, but I've been obsessed ever since. A big part of that is irascible frontman Mark E. Smith who has keep the band going through various personnel changes since the heyday of punks. Their most recent release, Your Future, Our Clutter, proves they are still amazing all these years later.

Smith's narrative ranges freely over the many years of his career, projects as diverse as the ballet performed at the Edinburgh Fringe to accompany I am Kurious Oranj and the play he wrote about the rumored stories behind the sudden death of the first Pope John Paul, Hey, Luciani -- not to mention a lot of great music in between, as well as fights, marriages, sackings and a lot more. I can think of no better way to tell you what this book is like than to let the man speak for himself.

When I was five I used to go and sit with my next-door neighbour, Stan the pigeon guy, in his back garden. He was a Teddy Boy, and in those days, before everyone had phones, the Teds used to send pigeons off to their girlfriends in Blackpool or wherever, with little messages attached.
Sometimes he'd have three pigeons, each with a girl's name on it. I'd say to him, 'Why you doing that, Stan?'
'So at least one of them will get through.' (11)

That's why I've never aligned myself to the whole punk thing. To me, punk is and was a quick statement. That's why most of the main players couldn't handle the fall-out of it all, they were like a bunch of shell-shocked army majors stuck in time, endlessly repeating their once-successful war cries. Nothing wrong with that, I suppose, but I wanted something with a bit more longevity. (42)

I used to do tarot readings as well. I went through a phase of reading books on the occult. I was fascinated by it. I still believe that things leave vibrations. America, for instance; I've visited all these Civil War sites and the atmosphere is incredible. You can almost reach out and feel it. (67)

Women are more in tune with rhythms than men. It's very hard being in an all-male group. They don't get anything I say to them. The tunes in my head don't go past three chords. But men can't get it. There's something in their brain that's out of touch with this idea. I feel alienated from men musically, whereas women can transform my ideas into reality a lot more accurately. (129)

[On Orson Welles] He was in another zone. Telling stories on stories until in the end he himself is a story. He didn't seem afraid of living in that world; and it's childish in a way, but when you can deal with it and use it, the results are evident.  I think it's like heightened awareness, similar to when you don't eat for a few days, or you've been on a bit of a bender -- you see things differently. And not always in an obvious way. (235)

See the other Forgotten Friday Books rounded up at Patti Abbott's blog and of course, Todd (who persuaded me to take part again with some guilt-provoking) always does an FFB.
Posted by C. Margery Kempe at 09:05

This certainly looks interesting. I'll have to check it out.

I certainly say this a lot but THE FALL is completely new to me.

Cool. One of my surprises today is that you do the Mark Smith bio (and doesn't that latter-day picture with him working the coffin nail count as RLH in a sense?) and another is learning whose blog had "Sweet Freedom" as an address, as opposed to a title, locked up on Blogspot...a blog with a depressive cry from the heart as the second and last entry in 2004. Hope she's OK...

Sorry, Todd -- that's what I get for typing instead of copying and pasting.

George, I find MES so endlessly fascinating that I got the lyric book (well, the first one -- have to find the 2nd a bit cheaper) *and* a collection of short stories based on Fall songs.

Patti, I love 'em. Your mileage may vary.

A collection of short stories based on Fall songs? That sounds interesting too! Perhaps for a future FFB.

Yeah, it seems to have made few ripples, but I hope it will turn out to be interesting. Great source material!

A very cool and unusual choice.

Thanks, Evan. You are kind.

That exhibit looked amazing. Thanks for the link.

Great stuff. The Fall were my favourite band for years. I saw them give some cracking gigs back in the day and MES was always a great front man. (Heckling Hawkwind fans at Leeds Futurama festival in '79). He's always value for money.

Paul, it sounds like that enjoyment is all in the past. Have you heard the latest one? It's incredibly good. I can certainly imagine MES heckling Hawkwind fans, LOL! He's amazing -- difficult, sure, but amazing.