BitchBuzz: Hour of the Wolf 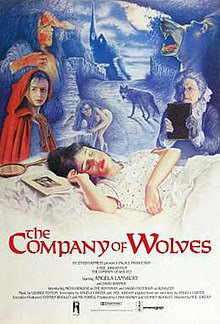 Hour of the Wolf

There's been something in the air for a while; while the first glimmer goes all the way back to Angela Carter's Bloody Chamber and her trio of wolf stories, including "The Company of Wolves" later to become the first in a film rebirth of the werewolf genre which grew out of the development of realistic prosthetic makeup, seen in that film, An American Werewolf in London and The Howling.

The wolf moved from monster to lover, a theme Stephen Sondheim's Into the Woods touched on and more recently there was Catherine Hardwicke's Red Riding Hood (which I didn't see because the reviews savaged it). We've also had woman as werewolf in the terrific Ginger Snaps films and just lately Ruby/Red Riding Hood in Once Upon a Time.

Today Jezebel linked to a new Red Riding Hood film, an animated short that seems to tap into the current zeitgeist in a surprisingly evocative way. As the animators' Vimeo page puts it:

RED is an animated short film, which presents a new version of the classic tale ¨Little Red Riding Hood¨ by Charles Perrault. The directors Jorge Jaramillo and Carlo Guillot explore more thoroughly the drama, horror and realism of the story. A journey of feelings and moments, with visual and musical elements existing only to carry a clear and strong narrative.


It works well as a horror film, an evocative shadow play of grim terror. But it also resonates as a metaphor for our times: the determined young girl goes after the wolf. The fight is bloody; there's no softening of the battle and its costs to both combatants.

The return of Red's hood becomes visually powerful as the whitened cloth becomes once more red. The grisly sight of what's left of grandma and the resolve with which the girl drags it homeward once more offer a gut-punching power to the images. Manuel Borda's music enhances the emotions vividly.

As women battle daily for control of their bodies—whether it's for reproductive rights in the US or for their very lives in Guatemala—and grimly to hold onto the rights their grandmothers fought so hard to secure, a sharp little reminder like this film offers a picture of triumph that reminds us why we retell fairy tales over and over again.