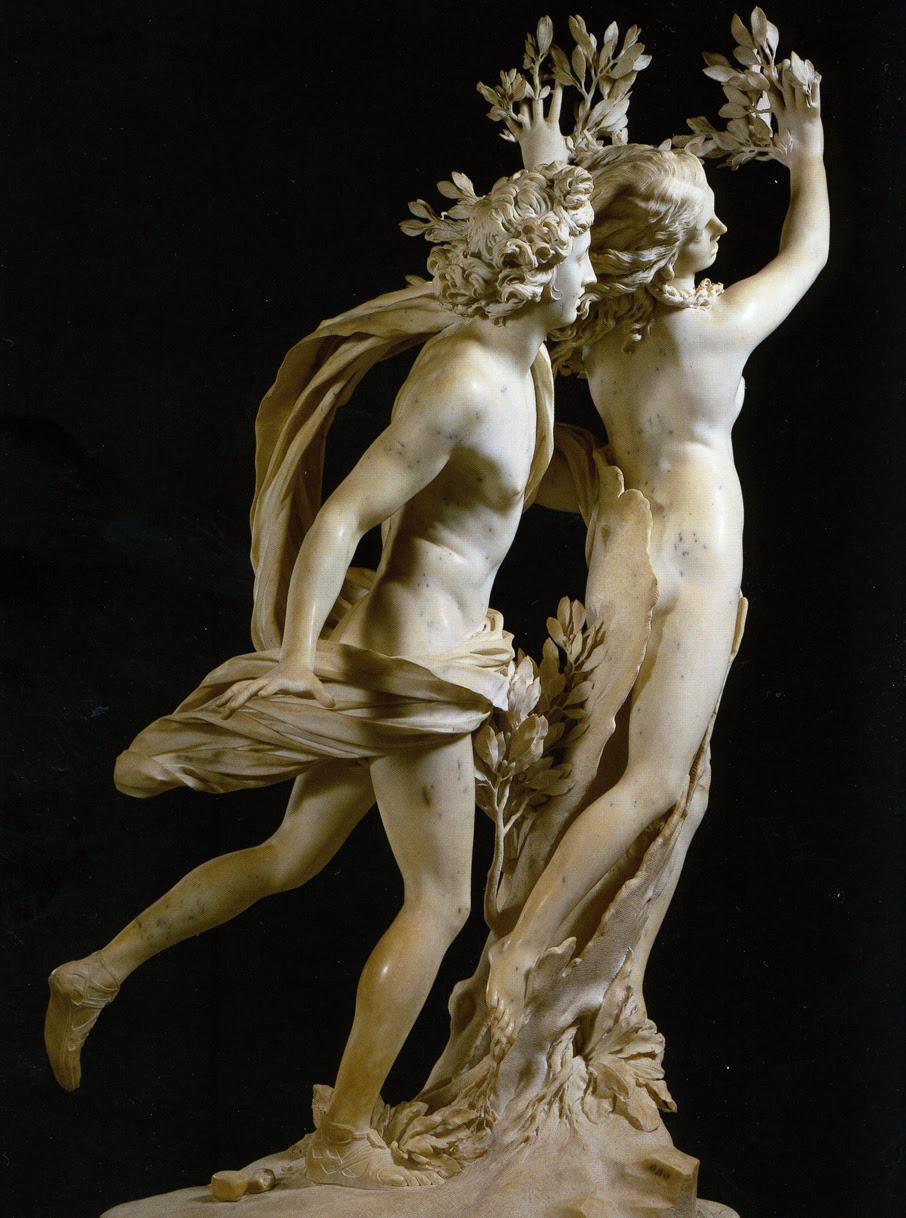 In the nineteenth century, wealthy Americans went on "The Grand Tour" of Europe, visiting famous historical and artistic sites and hoping to run into other wealthy Americans whom they might marry or titled aristocrats if they wanted a little more social cachet. Now we Americans run off for our ever-so-brief holidays and hope for nothing more than keepsakes. My eyes were the chief repository of keepsakes: the glory of Rome fills your vision and the colors of that golden afternoon light live in memory. The extraordinary blue of the sky, the yellows and oranges -- breathtaking!

The flight over from Philadelphia was not only sold out, but there was a large contingency from a Baptist college, including one ebullient young woman right behind me who could not be more excited about going to Italy. Fortunately I had earplugs so I could get some sleep -- once the grumpiest man in Italy changed seats with his wife so his very loud music didn't resound quite so harshly. Most folks tried to get some shut-eye on the flight, but some of the Baptists were too excited to sleep and kept up a steady stream of chatter, that I only heard when waking occasionally. I got enough sleep that while I was groggy on the first day, I was fine by the second. I bet the Baptists were dragging, however. 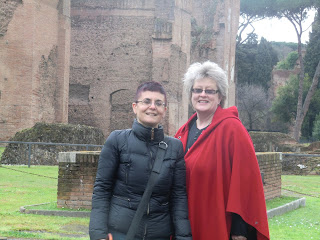 How wonderful to land in a country for the first time and be greeted by friends :-) Alessandra and her son Edoardo met me outside customs and whisked me away to their lovely home. After a little refreshing, we headed out to the Baths of Caracalla, that gathering place of old Rome where Keats and Shelly found inspiration. You can see where the pools stretched out, hot and cold, gymnasium and more. Some of the mosaics remain, though most of the statues had been taken away to museums or homes long ago. It's a beautiful spot and like so many landmarks of the ancient world, nestling right in the heart of the busy city. In Rome the ancient and the modern live comfortably side by side. NB: Alessandra and Edo took these pictures. I find that the camera I borrowed from Catherine does not speak to Macs, so once I get that sorted out, I will post mine. 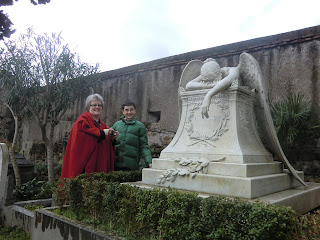 Not too far away lies the Protestant Cemetery, final resting place of both Keats and Shelley as well as other notables and home to many cats! There are cats all over the place in Rome, especially at burial grounds it seems. More on the cats later. We stopped by Shelley's grave which is also by Gregory Corso's and Shelley's friend Trelawney's. Nearby is the famous Angel of Grief. I suppose Edo and I look a little too happy here, but we were having fun despite the light rain. The beautiful spring flowers  brought color to the greenery, especially the lovely violets on Keats grave. The cats peeked through the gravestones everywhere and the amazing pyramid overlooked the scene. It's quite a sight to see. 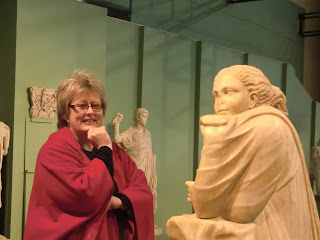 For a more unusual sight, we headed over to the Centrale Montemartini museum. On the way we saw a rather wet cat riding on the shoulders of a scooter driver -- quite amazing! Rome is full of surprises. Here's the thing: when you travel, be guided by one who knows. Alessandra seems to know everything about her beloved city, and can turn any corner and have something interesting to show you. I never got over my amazement at her encyclopedic knowledge! I usually have a good sense of direction, but Rome is such a sprawling organic tangle that I found it impossible to keep oriented, but delights permeate the city. One of them is this fantastic power station that's been turned into a museum. At first it seems incongruous to see classical statues from gardens and temples ranged in front of turbines. But these are the engines of our lives, both the practical and the creative. Here's me with the Muse Polyhymnia, trying to look thoughtful and inspired. Not too difficult! This trip has replenished my muses for sure!

I am glad to read how much you enjoyed Bella Roma! We miss you. Come back soon. :)

Oh, that's my plan! You were so wonderfully kind and I miss you and Edo and Ghibli and of course ROMA! I will have better Italian next time.

Yow (Maron). I really should tour all the Old Countries, even if my folks came from Milano. But that would mean Not Working, maybe.