Picking up the Chalk Again 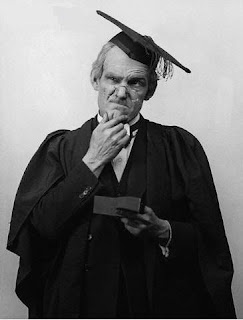 I have to be on campus early to teach today and I'm still playing catch up, so here's a "golden oldie" and a couple of bits of news:

Keep your fingers crossed: I may soon have some good news to announce regarding a non-fiction project that has been in the works for a while.

Kit Marlowe and I are both doing guest blogs tomorrow! More later on that. I have a Tuesday's Overlooked Film, too.

And the certificate in Women's and Gender Studies received state approval! Hurrah, it's official.

The re-run is my essay "Picking Up the Chalk Again" which was written when I was teaching in Houston. Although it's written about returning to teaching after the summer, in some ways the return for the spring semester is even harder (and that's without the subzero temperatures predicted for tonight). The break is just too short and usually full of events that don't help with getting work done. By the end of it I'd been feeling so exhausted that I just wasn't being effective any way. I have to remind myself that my brain needs rest and refilling, too. So as I type this Sunday night, feeling dissatisfied with my work this weekend, I remind myself of Emerson's wise words:

Finish each day and be done with it. You have done what you could; some blunders and absurdities have crept in; forget them as soon as you can. Tomorrow is a new day; you shall begin it serenely and with too high a spirit to be encumbered with your old nonsense.

Let it be so; let today be a day of high spirit and some satisfaction.
Posted by C. Margery Kempe at 09:05