Arrived in Memphis Friday, spoiled by getting free wifi on both legs of my journey. Despite a nervous few minutes at Albany, I did get on the overbooked flight and got to Memphis ahead of a rather nasty storm, which we could see from the plane. Miss Wendy picked me up and we headed to Oxford.

[Here's where I notice that if you upload pictures via HTML they default to a different size than if you do them through the other editor. Whatever -- I'm on holiday and have the unfortunate luck to be sick today, so I will get around to adjusting them later (or not).] 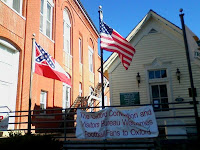 Here's the welcome center: it's still disconcerting for me to see stars and bars on state flags. But people are attached to their histories. 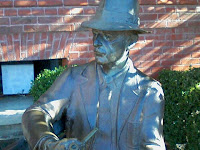 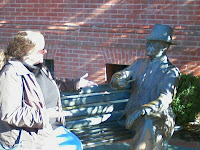 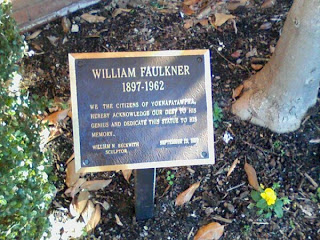 I love this plaque: the power of imagination. People of Oxford happy to call themselves dwellers in Yoknapatawpha, Faulkner's fictional region. 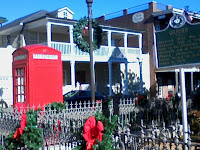 They also like to give a nod to their equally famous sister city with this traditional British phone box. 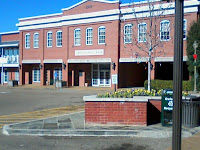 Wendy's bank is the same one where Faulkner worked as a clerk. 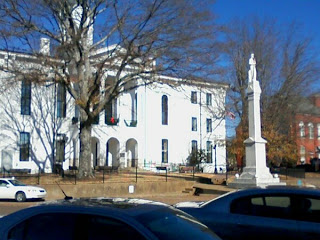 The old courthouse forms the center of the square. It was a blisteringly bright but cold day Sunday. 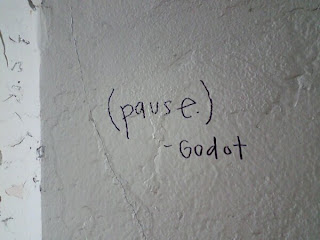 We decided to see what "Faulkner Alley" was: turns out, it's just, um, an alley. But there was this one bit of graffiti that amused me. 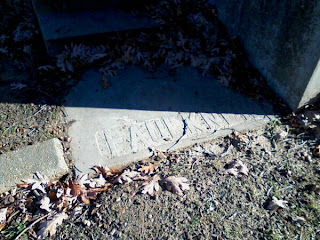 After idling some time in the bookstore, we decided to head over to see Faulkner's grave and pay our respects. 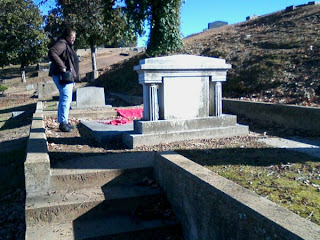 It's a respectably swank site, with relatives along side the writer. 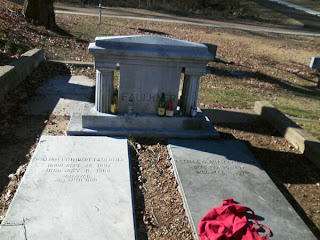 There were -- in addition to the more usual offerings -- two red aprons. If anyone knows there to be a significance to this, I'd be grateful. Otherwise I assume some clerks, fresh from work, decided to share a drink with the native son and then quit their jobs in a fit of inspiration, declaring they would dedicate their lives to the arts instead. 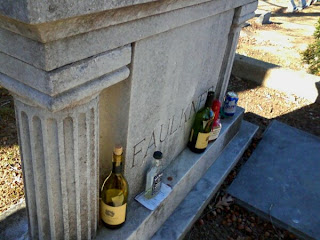 Faulkner's thirst was legendary, so fans continue to slake it to this day. May he never thirst, wherever he may be. 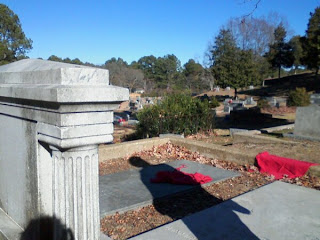 Quite a lovely old cemetery, still very much in use. We found it necessary to double back at one point to avoid interrupting grieving folks. Since Faulkner casts a long shadow over American literature, this shot seemed appropriate. It gives a little context, too. There was a wind chime in a tree nearby which gave a little live music to the location. 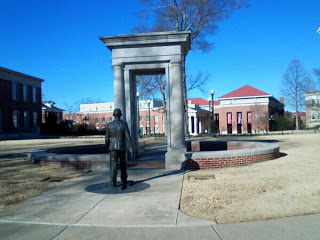 The U Miss campus is quite pretty: I love the nineteenth century observatories. This statue of James Meredith provides a beautiful reminder of how recent civil rights changes have been and offers a place for people to sit and talk and find inspiration. 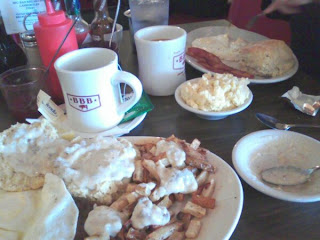 Speaking of inspiration, I highly recommend the fabulous repast at Big Bad Breakfast -- another Oxford landmark. You just can't get biscuits this good in the north. And oh, the sausage! Mmmm.
Posted by C. Margery Kempe at 16:31

You just have to make the Real biscuits...

Me? Are you talking about me cooking? Har. Actually, shhhh, don't tell anyone but I have a pretty decent biscuit recipe.

This was one of my favorite trips ever. Going down the Trace and stopping off along the way. Oxford is such a gem although a friend who lived there for 25 years says it's a yawn pretty quickly.

What's the Trace, Patti? Unfamiliar with it. Oxford is a lovely little town, but emphasis on little. I think I already know my way around.