A Dandy, Van and Rude Britannia 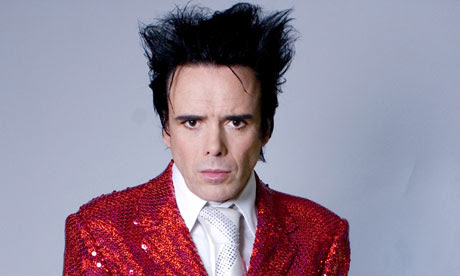 No time for anything but a quick recap in reverse time order: last night saw Dandy in the Underworld, the one man play at the Soho Theatre about Sebastian Horsley. It was quite good and alternately funny and sad, particularly with the fact of his death last week hanging over the production -- though Horsley was apparently delighted by the play based on his autobiography of the same name. With Soho likely to go the same way as Times Square as the forces of gentrification take hold, it's sad to think Horsley may be the last of the true eccentrics of the city. We stopped by his building which is just around the corner on Meard Street, still bearing its famous sign. Flowers, especially his beloved sunflowers, were gathered in remembrance, often with accompanying cards speaking to the fondness people had for his flamboyant life.

Saturday was the Rude Britannia exhibit at the Tate Britain, which was very fun, although as Brad said, it could have used a lot more cartoons. There was a lot of fun stuff along with the expected Gillrays and Hogarths, including GIANT versions of Viz pages, Roger Mellie offering the text for the art, an anvil hanging over a doorway and perhaps my fave, Eddie Adams' recreations of famous incendiary photojournalist shots with old age pensioners (think Ruby, napalm, the Viet Cong execution). Morbidly funny. I was surprised to see that the Ally Sloper offerings were courtesy of pal Roger Sabin. I texted him, "You're in the Tate!" Hee hee.

Friday night was the wonderful concert, another part of the Meltdown Festival curated by Richard Thompson. The opening band Clare and the Reasons were quite delightful. Headliner Van Dyke Parks came out to play the lovely Harry Nilsson song "He Needs Me" from the Popeye soundtrack, where Parks was musical arranger (and played the piano player on film). Thompson introduced Parks' solo set -- clearly they are old friends -- as being like "Mark Twain if he could sing". Lots of old friends apparently turned up for the show. Parks is a legend among musicians, but not well known to the general public. He has an unusual style and was quite jokey and relaxed. Hard to describe but wonderful to enjoy. Parks clearly felt gratified by the enthusiastic audience in the end, hopping out into the audience to shake hands and soak up the love. Wonderful!

Meanwhile the vuvuzelas fill London with their hum. Every pub is filled with flags -- mostly England flags, but considering the broad swath of people in this city, you'll find fans for every team cheering loudly. You can't help but be caught up in it enough to know who's doing well and what calls have been decried. Summer in England. Hope everyone had a great solstice yesterday and made the most of the longest day.
Posted by C. Margery Kempe at 07:25

Van Dyke Parks treads that line between too cute and just brilliant rather well, skipping off in the wrong direction infrequently. I think most non-geeks do know of him mostly for his 1960s colalborations with Brian Wilson, since that meltdown of a rather different sort is out in the folklore these decades.

Like Harry Nilsson -- of whom I am inordinately fond as well. Sadly both have little name value at present.