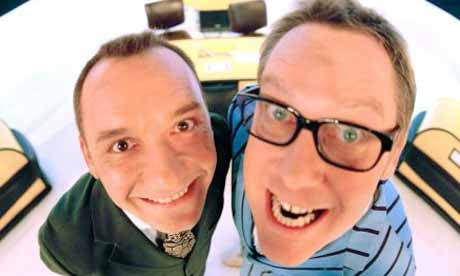 The next highlight of the week was seeing one of my comedy heroes, Vic Reeves, in a taping of the Vic and Bob show, Shooting Stars. The fabulous Matt Lucas returned as "the man with the scores, George Dawes" as did Ulrika(-ka-ka-ka) Johnsson as team B captain. Team A captain is now Jack Dee instead of original captain Mark LaMarr or his first replacement, wordy wordy wordsmith Will Self. They have all kinds of guests of course, usually just there to humiliate them in some embarrassing way, though sometimes the guests do fine on their own (like frequent participant Johnny Vegas). One of the guests this time was the lovely Noel Fielding (now poised for recognition over here belatedly as the Boosh takes off). They also introduced a new repeating character that I didn't think much of.

It was my first taping at the BBC, but I've been to many such sessions and usually avoid them -- but it was Vic! and Bob! I had only ever seen Vic when I got him to sign my copy of Sun Boiled Onions, looking sheepish and sipping champagne at the Borders on Charing Cross Road. Plus there was a Dalek in the studio caf! Fortunately, this was one of the more efficient tapings I've been too. Very few pick-ups had to be done at the end -- mostly for props that failed to work. Vic and Bob were polite but intent on the show (Bob sipping cans of lager, too). Matt Lucas had everyone in stitches both with his new Potato song and with the inserts he had to keep recording over, yet managed to make us laugh each time. He was really magnetic.

One of the video inserts made me laugh so hard I thought I might pee. You will surely hear me on the soundtrack -- look for "Tiny Eyes" when it airs. 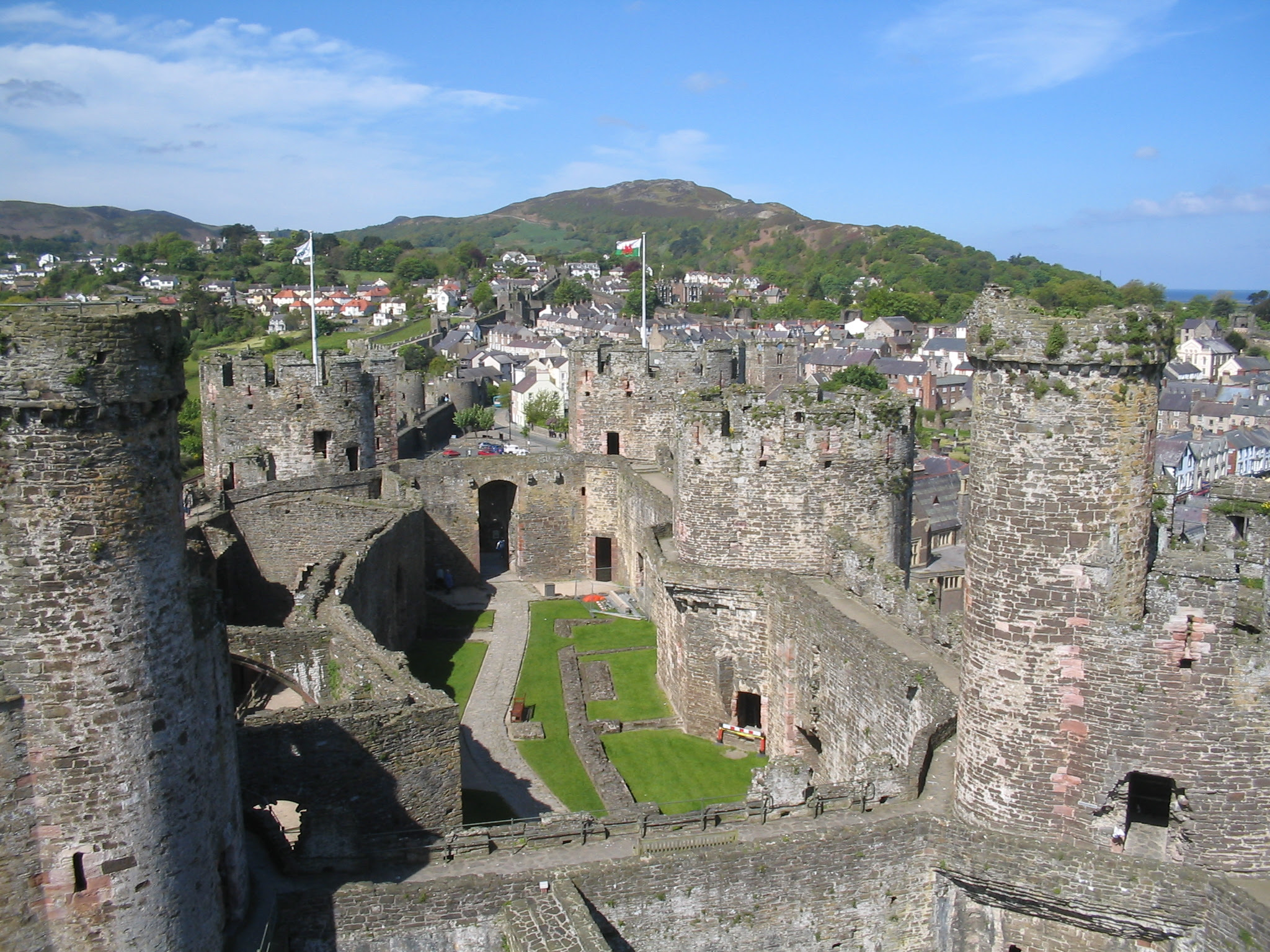 The end of the week I headed up to Wales. Did mention the weather? How the whole month while everyone back in the Northeast was moaning about the constant rain, it was gorgeous day after day? Should I emphasize that? Well, I figured when I got to Wales it would be another story, and as I passed by a medieval castle on the train it did become a little more cloudy. It only rained a little bit the entire weekend; you could certainly see the evidence of rain -- Wales is always so very very green.

I was there to attend the Great Writing Conference at Bangor University. That's where I gave my talk on Twitter and writing. It went well and the conference was a lot of fun, including running into someone I actually knew, the fabulous Terri Witek.

I should probably mention that between all the action-packed hi-jinks I was spending an awful lot of time just relaxing: reading! actual reading, as well as watching television -- I saw some great documentaries on writers Philip Larkin and Kingsley Amis -- and of course, hanging out with friends.

The latter was probably the best part, but it doesn't make for much in the way of blog posts. Conversation and silly fun, but it's kind of ephemeral, leaving behind only a smile and those continued bonds of friendship. A good legacy.
Posted by C. Margery Kempe at 11:33

Ulrika's parody of Nigella Lawson might be just a bit heavy, but just a bit, and no heavier than the trifle...see the hotlink on my name...

They do some really good parodies on the show. That one's a lot of fun. Lounge singing is also a standard part.