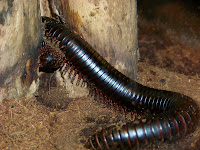 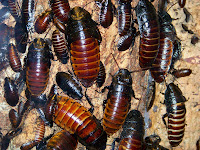 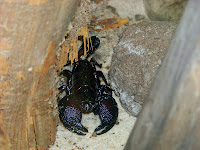 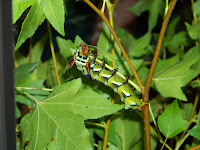 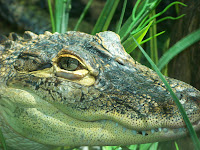 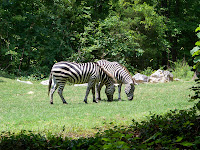 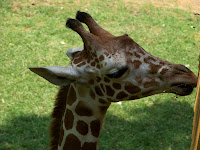 I really like the caterpillar, all of the different textures and layers of green.

The others have great sense of subject.

What kind of camera did she use?

These are wonderful photographs. So much detail.
Karen

Thanks, I was pretty happy with these as well. Those bugs are behind glass, and I accidentally happened on a good setting for that with my Kodak Z8612 IS. Cheap camera, but takes nice pictures.

They are great pix!

I should move the crock up as he is with the bugs in the Museum of Life + Science rather than the zoo.

You might want to explain that that's a real, live croc, since people have been asking about that.

And a juvenile one, from the looks of it. As Bill Crider notes, it's a fine portrait.

There were three as I recall. The barred owl kept staring at them, at least every time she wanted to avoid Susan's camera, LOL.

For the uninitiated, mail is delivered by owls in the Harry Potter world.

Ah. Yes, I bogged down in the Dahl and weak tea of the opening chapters of the first novel, and haven't seen the films nor read further yet, if ever. Thus well on my way to cultural illiteracy. Won't get TWILIGHT, etc., references either.