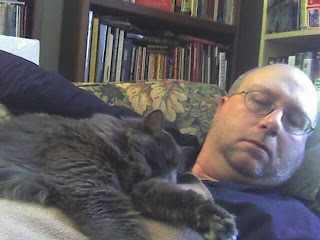 Happy birthday to Mike, too!
Posted by C. Margery Kempe at 09:08

Happy birthday, matey! Hope you're having a good one...

That is just screaming for an LOLcats caption...

How cute! A cat and its pillow.