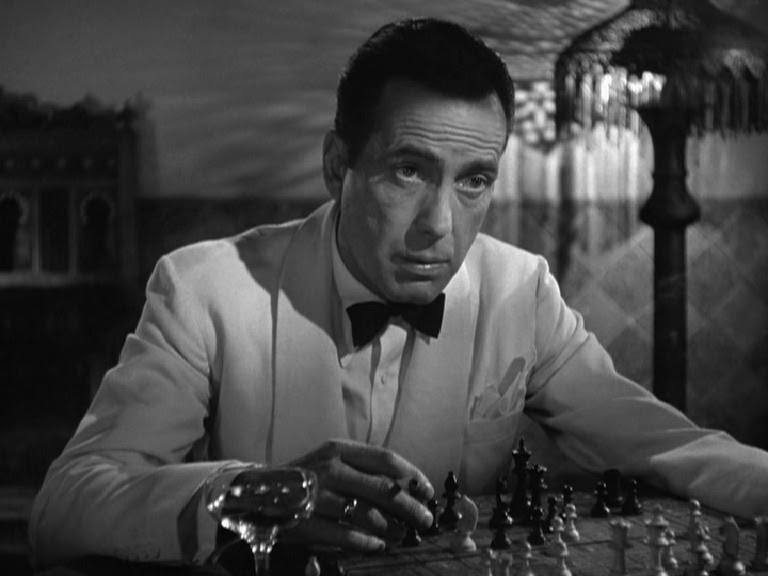 My short play Bell will be appearing in the next issue of Mused, the literary magazine for the site BellaOnline. They advertise themselves as the second largest online site for women, which (perhaps somewhat randomly) makes me think of Casablanca. A table of folks comment on Rick's high-handed attitude, i.e. refusing to drink with them:

Woman: What makes a saloonkeeper so snobbish?

Banker: Perhaps if you told him I ran the second largest banking house in Amsterdam...

Carl: Second largest? That wouldn't impress Rick. The leading banker in Amsterdam is now the pastry chef in our kitchen.

Banker: We have something to look forward to.

The funny thing about this play is that I know exactly when I first composed it. Often I know when I started a thing (I can look at the Word document and see when it was created), but this I know from writing it in my journal -- specifically at 11.03 am GMT on May 27, 2007. This piece sprang almost Athena-like from my skull on a rainy day walking down St. Martin's Lane, pausing just past the Duke of York's Theatre to sit on some steps and write it all out. Across the street were signs for Kismet, the English National Opera production at the London Coliseum.

Elsewhere on the same page where this piece begins is a reminder of what joy I find in sneezing loudly in the British Library Reading Room, as well as a note on a BBC news story about shin kicking in the Cotswolds (in white coats, no less) with the comment, "I love England!" The presenter asked the roving reporter, "Does it hurt to get kicked in the Cotswolds?" (yes!) and himself said, "Only in England."

Keeping a journal pays off in so many ways!
Posted by C. Margery Kempe at 14:17