We cruised down to CT to join the pals for a celebratory lunch with Miss Wendy, the birthday girl (pictured). 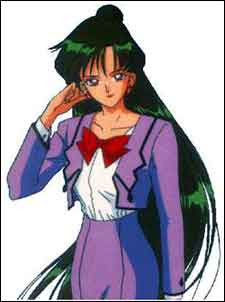 After our comic car trouble (which didn't feel too comic at the time), we headed out across the Berkshires for the lovely drive down to Willimantic, the new Smithereens CD and other tunes fueling the drive. We had a relaxing evening with the birthday gal who actually made a fabulous dinner for us (the terminally lazy folks). We watched Matador, Spaced (the very finest comedy series ever), Dylan Moran's Monster, then, stuffed with risotto, we vegged and talked while half-watching Aliens and Alien 3. It seems like we have to drive a long way to just relax, but we did actually do it.

Up the next morning, we enjoyed some fine scrambled eggs and a leisurely morning before joining the rest of the gang at Asian Bistro, where the line was forming. I guess the restaurant is doing okay (in contrast to some of the other establishments there previously). A big turn out in Miss Wendy's honor, including the usual suspecte like the Boojums, QOE and Johnny 10X, Marko and even the elusive Bilokur (who showed about an hour late, which is rather early for him). Our wacky hibachi chef entertained us all with high-flaming hijinks and a squirt bottle of saki (right, Cheryl?). The food was sublime (I had salmon, with a few freebie shrimp). You can see why the place has been a success.

While Miss Wendy went off to try her luck at the casino (and her luck was good!) we headed off to Robert's to deliver some more (belated) birthday gifts and say hello to Jordan. Robert of course had some tasty food waiting for us -- mmm, chicken skewers. But we couldn't linger, so off homeward we went to be greeted by a very lonely Kipper who cried until he was picked up for a cuddle. I started reading the paper, but I was also enjoying the second half of Jane Eyre which, of course, reminded me I needed to write a chapter of the serial! It's funny -- now that Alice is at the funeral, there have been ads for "child loss jewelry" from the Google ad bar. So I guess the content is finally affecting the ads, but the "reader" isn't very sophisitcated.
Posted by C. Margery Kempe at 12:09

Saki! He said it was cold water!
I guess saki is cold water in Japan.

Someone needs to warn me next time...

I believe the chef said it was 'Japanese holy water'

It went well with the Hibachi host.