Well, the upshot of the endoscopy is that I don't have the bacteria they suspected most likely, so I probably don't have an ulcer, but they're giving me ulcer medicine anyway (famotidine: side effects may include "fussiness"). And I'm supposed to change the way I eat -- mostly by eliminating anything potentially troubling to a stomach, including (but not limited to):

Perhaps the most painful thought is giving up my morning tea, which is as much ritual as beverage. But it would be nice to get rid of the persistent reflux, so I have to resign myself to mending my ways. Of course, this is less than inspiring, particularly in the midst of the holiday season when people are making such tasty dishes and richly fatty desserts.

Well, let me console myself with something from Cute Overload: 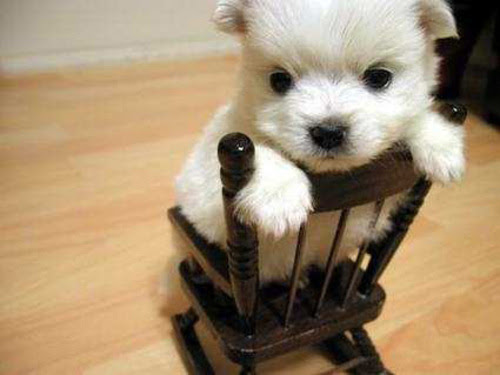 Do you have to eliminate everything?

Can't you get rid of some and just cut back on the others?

Yeah -- imagine how I feel! I have a choice -- I can continue to feel the way I do or I can make changes. The effects are uncomfortable enough to make me want change.

On the other hand, my folks sent me an article that suggests that not all of the changes really benefit the condition. I will have to talk about these things when I meet with my doc on Thursday. The good news is that the meds seem to be having a positive effect.

I hope the diet change has helped you I know it helped me a lot.