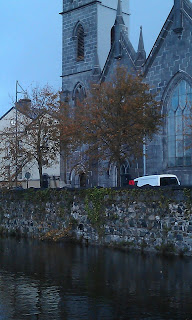 As I've been getting nudges to show you a little of my new home city, here are a few snapshots from my new phone. I still don't have internet at home (ayiii!); but I do finally have a mobile! Which means I have a camera now, too. I love living surrounded by rivers and canals as well as the bay. Above is abbot canal on the way to campus near the Salmon Weir Bridge and the cathedral. 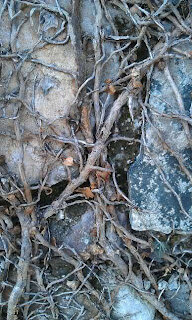 This was some interesting ivy on the wall along the canal on Nun's Island. 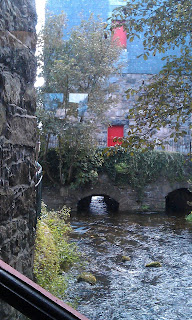 Folks on Facebook already saw this: a late lunch at the Mill House Restaurant, right over the canal and next to the Corrib. 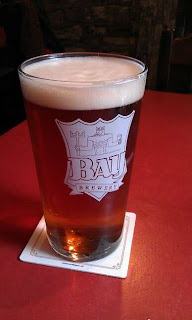 The local Galway Bay Ale is quite refreshing and I recommend you give it a try, if you don't go for the Galway Hooker Pale Ale (it refers to a kind of ship!). 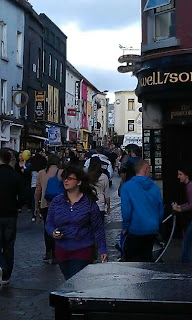 I live in the bustling centre of the city. Folks prowl up and down Shop Street or down to the Latin Quarter, all a minute's walk from my flat. And yes, the madness goes on late into the night, so I will likely be keeping late hours here, too. 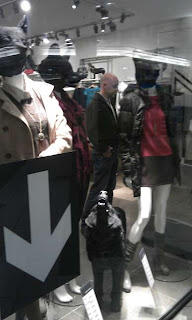 And in Eyre Square Centre, it's all about the wolf! Hee, I love this new window display. It's weird living adjacent to a mall. One exit takes me right into Dunnes (during opening hours) who're kind of like the Irish M&S. And yes, that means there's a Foodhall in the lower level (phew!). 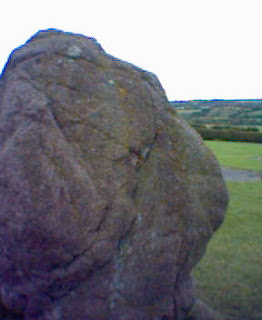 Ooh, that reminds me! I need to get some batteries so I can get the Newgrange video off the camera. Here's one photo from the old camera. More soon.
Posted by K. A. Laity at 08:01