London, Books and Catching Up 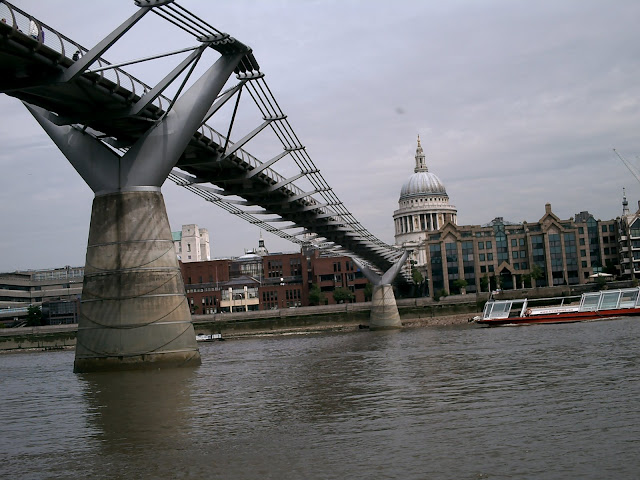 After all the stress of getting away from the snow, it was a relief to get to London and sigh with happiness. My favorite place in the world. So much to see and do: unfortunately, almost all of the pictures I took were for my friend Darlene's second grade class, who gave me a Flat Stanley and a disposable camera. Stan had fun in Kensington Park and at the usual tourist destinations, where he ran into an Irish Stan near Trafalgar Square, so they got their pictures together. Consequently, here I offer you a picture from last year (still lovely).

I'll do a proper round up (I hope) once I'm caught up: Van Gogh, the V&A's new medieval wing, Richard Hamilton, JG Ballard inspired CRASH exhibit at the Gagosian, Sir Ian in Beckett's Waiting for Godot, Jane Bown at the National Portrait Gallery, the Argentinian film, La mujer sin cabeza and comedian/magician Jerry Sadowitz. In between was a lot of pub food, beer and idling -- well, a lot of it was work-related, like meeting with my editor and brainstorming. Also I was planning for the student trip in May, so while I'm in the habit of always making myself sound like a loafer, I did accomplish things.

Lost in the shuffle -- I was guest blogger over at Unbound, where I wrote about bibliomania and my plans to cure it. Please drop by and leave comments! Also see Adele's terrific write up of the Writing Industries Conference.

While frustrating at the start -- and a little bit at the end (those three dread words, "rail replacement service", meant a bus between Hammersmith and Osterley; status computers going down meant that the employees were bored, so gave a lot of complete searches at the gate; and seated with a gaggle of teens for a seven hour flight is always lovely), it's always worth it.

You need to post the picture of the pair of Stanleys, at least.

I don't have it -- it's on the camera I'm sending to Darlene. Maybe she'll get copies.

Ah scare myself when I take in how much some people invest in the Oscars, is Oscar who...though I hope the utter tone of shame at having so little else to suggest as a reason to stay came through. Better peanut butter? Absolutely no social pressure to eat Marmite?

I have a jar of Marmite in my cupboard at this moment, unopened. Well, everything is cheaper here. And all my stuff is here -- at present.