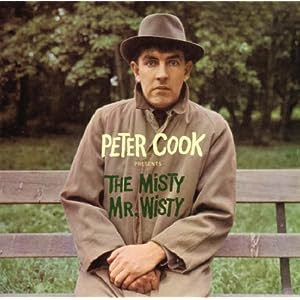 My latest column at BitchBuzz.com:

It's the end of the world as we know it! Where's Buffy?! She's averted several apocalypses (apocalypseé? apocalypso?) already. Cameron's behind this somehow, or Goldman-Sachs, I bet. Oh, wait -- it's only Zuckerberg?

For a minute there, I was worried.

Yes, as the guys at Wired have warned us, Facebook has you in its sights on the path toward world domination:

"Facebook has gone rogue, drunk on founder Mark Zuckerberg’s dreams of world domination. It’s time the rest of the web ecosystem recognizes this and works to replace it with something open and distributed."

Yes, it's true: the forced public option is a bit of a bastard. Settle down, tea-baggers, we're not talking about that public option. But to hear some tech folk talk about it, you'd think we were. And yes, something "open and distributed" would be wonderful. Hop right on that, will you? On your own time, with your own funds and support, too, okay? Because I'm not paying for it. There's the rub, as someone once said. And until we do actually get some socialists in charge, we're stuck with the evils of capitalism...

As always, read the rest at BBHQ. I managed to work in a reference to both Buffy and EL Wisty, so I am pleased with myself. Loads of things to do and I am making my way through the (cough) hundreds of emails in my campus inbox and there are a few things that MUST be done before I go (like laundry, sob!). Yeesh -- back to it now.

As long as you're idling your time on the internet, go check out the video I made for The Women's League of Ale Drinkers: talking robots!

By the by: thanks Todd, for inadvertently setting me off on this column's idea by emailing me the Wired link just after I was watching an old Buffy episode and -- the rest is history as they say. This is what happens when you know a writer; we use everything! The world is our buffalo.
Posted by C. Margery Kempe at 13:51

I am a Muse. Sharon Stone played me well. (You're quite welcome...my friend Laura sent it along to me...)

Well, she's a dead ringer for you. Isn't it nice to know that occasionally the things you send me don't just go in one eye and out the other (so to speak)?

And I suppose the bishop of Albany isn't a "fear monger" ginning up anger at such "power" in the hands of the plebs?
Guess I should seek a place to hide out in case the FB Stormtroops come looking for me.

LOL -- yeah, I think he's got a little pot/kettle problem in addition to, oh let's say, the EVIL nature of covering up widespread abuse of children.

Too many people acting as if there is one source of evil that just needs to be rooted out -- as if it weren't an inherent part of the human condition.

Love it or hate it, there's plenty of brilliance to Zuckerman's plan - and little anyone can do to stop it...this I learned after trying in vain to convince my kid sister to cut down her autobiographical page.

I think Zuckerberg is out for all he can get -- like most people in business in this country, profit is not just first but often the only consideration.

But I think there is a fundamental shift in "privacy" taking place. My students have very different ideas about what they want do and don't want to share.