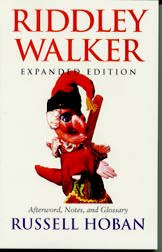 In a tweet last night I used the word "trufax" and was pleasantly surprised to get a response of "trubba not" from a fellow tweeter, someone I know only from the internet, but who has proved to have a wealth of overlapping interests with me, including studying hagiography in grad school. When you find someone who also loves a book you adore, you've found another member of your tribe.

For me, that's the internet.

My online information is filled with little details and inside jokes that will mean a lot to a very few people, but when people respond, I know I've found another member of my tribe. Well, one of my tribes anyway: there are so many! Some overlap, some don't. The only point of meeting may be me, but I'm surrounded by a network of people who like the stuff I do and share sensibilities I have. It's wonderful.

I have friends around the world that I would never have met but for the internet. Yes, some of them I have since met face to face. Some of them I might never meet, but my life is richer for their friendship. Distance used to keep people from meeting who might correspond over the years, letters slowly reaching across the globe, though they never clapped eyes on one another. It's a wonderful treasure to be able to communicate instantaneously with a friend on the opposite side of the globe.

This is, of course, to counter the picture of the internet simply as the domain of child-molesters, scam artists, tax-evaders, trolls and the disgruntled. Old media has a tendency to play up that aspect, unfortunately.

As usual, I'm thinking about these issues because I'm going to be teaching a grad class about Literature/Performance/Visual Narrative. One of the themes linking it will be how we use the 'net to create narratives of ourselves using visual, aural and verbal techniques. Also as usual, I'm not entirely certain how it will work -- it's an experiment. The class has a Facebook page, they will have to write a Twitter length narrative (140 characters), do some kind of performance, and write a biography of someone's online "performance" of their own life. I have no idea what we'll discover, but I'm looking forward to it.
Posted by C. Margery Kempe at 09:45

"...to counter the picture of the internet simply as the domain of child-molesters, scam artists, tax-evaders, trolls and the disgruntled. Old media has a tendency to play up that aspect, unfortunately."

And old academics as well. Despite the wonderful class on Digital Media with all the great tools and information on the internet for doing research and such, I still run into the old teachers who keep insisting on telling their students that everything on the internet is crap and don't use it. Thus churning out more graduates who don't know how to use critical thinking skills.

LOL -- dunno about that, but I think it's rather stupid to try to ignore the internet (rather like putting your fingers in your ears to ignore a tidal wave).

I think we need to be more critical about how we use and the effects it has on what we "know" -- fascinating stuff! How do you know when a site is legit? How do you know what to trust and what not to trust? All things we should be teaching.

One thing that may well change the stuffy old faculty is that a lot of academic journals can't afford NOT to use the net to publish. It's an expensive endeavour and not having to put everything on paper means it's much more affordable. No one gets paid for academic writing (99% of the time) or generally for the editing/publishing of it either. Why go to all that expense when the electronic versions are easier to distribute, etc. Because someone is making money off the process and it's not any of the academics.

I had a friend in Sheffield in the '90s who casually dropped "Trubba not" in a conversation--when I responded with "No trubba" his eyes lit up like a pinball machine.

Discovering the people who share your small passions is a miraculous thing. For decades I have greeted people with "What's the word?" Only once in all that time has anyone responded with "Johannesburg." It was a magical day.

Although someone once replied, "The bird is the word," and for that he got extra points.

I was thrilled to see one of my former students use "trubba not" on his blog and imagine my other students from that class spreading the word. The first time I actually went to Canterbury cathedral I became violently ill with a fever, which always seems to signal some kind of life changing experience -- like my only trip to summer camp where I had a great time until I became deathly ill, which they didn't bother to tell my parents at the time, I seem to recall. I had a fever that made everything quite surreal. They gave me a penicillin shot that bruised my hip and made me limp the rest of the trip. My sense of reality shifted after that experience.