I'm glad to put the March madness behind me, but as it's April Fools' Day, I'll not trust that things are any less insane. No column yesterday because as I discovered last night, I forgot to send it -- d'oh! Maybe it'll be up later today. That's just how it's been. Some of the madness is good: keep your fingers crossed.

Publication: Check out my faux Lear in the April issue of Asinine Poetry and "like" it if so inclined. See also my "hack" bio. The editor writes:

Ms. K.A. Laity is capable as few poets are of a nubile, incessant verse that wears its pants lightly. Her poetics do not hold to some center, but instead bounce around the space in a vain effort to catch the laser point of reason.

Don't forget to peruse the other offerings of overlooked books at Patti Abbott's blog. 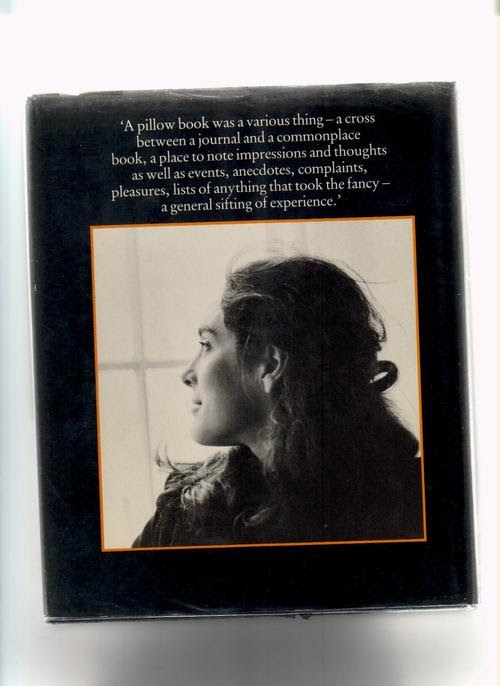 First, massive thanks to Todd for getting me this. We had nearly given up on it arriving and then at last it did. It's a hard to find book, which is a travesty. You doubtless know Bron if only from my mentions of her with my idol Peter Cook or in the Beatles' Help! or of course as Patsy's mother in AbFab.

What you may not know is that she is a crisply intelligent observer and witty self-deflating writer. Working with lionized men like Cook, Moore, Miller and Bennett in Beyond the Fringe and of course, The Beatles, Bron often finds herself on the fringes of the excitement and ignored. Yet she never seems resentful although frequently amused and always sharply observant. Here she is on flying to Nassau with the Fab Four to film the tropical sections of Help!:

I was not prepared for the noise when we walked out onto the tarmac. It was Trafalgar Square with the volume up, beyond imagination -- the sound of millions of starlings startled into the air, But the starlings were girls, when I looked back, very very young ones, who covered the airport buildings. Wherever you could see, wherever they could see, wherever they were allowed, and elsewhere, oozing and easing themselves in where they were not; waving banners and arms, pushing and heaving, in great danger I imagine of falling over edges, wriggling and ceaselessly squealing -- a high sighing hopeless poignant sound, unrequitable.

She reprints a letter from EM Forster who says he's looking forward to seeing her in the dramatic adaptation of Howard's End. Bron makes little lists, "poignant things" or "disappointing things" or "remarkable things":

-- my mother's total lack of vanity
-- my father's sense of fairness

The glamourous world of show business, which she seems nonplussed to find herself immersed in, gets treated with an explorer's eye of discovery and sometimes a dazzled look of amazement. The whole of this book is delightful and I long to sit down to tea with Bron and just talk for hours. Sigh.
Posted by C. Margery Kempe at 10:03

Of course, my own copy arrived in days from Britain, while yours from the next state over or so took at least a month. Blogspot isn't the only thing running down.

But she is a woman of intelligence and charm as well as talent.

I suppose there are worse things than easily-disrobed verse.

Heh, thanks. And I have decided I want to be Eleanor Bron.

And a really splendid actor, too -- very funny, but also very touching.