The Kalevala and Kanteletar 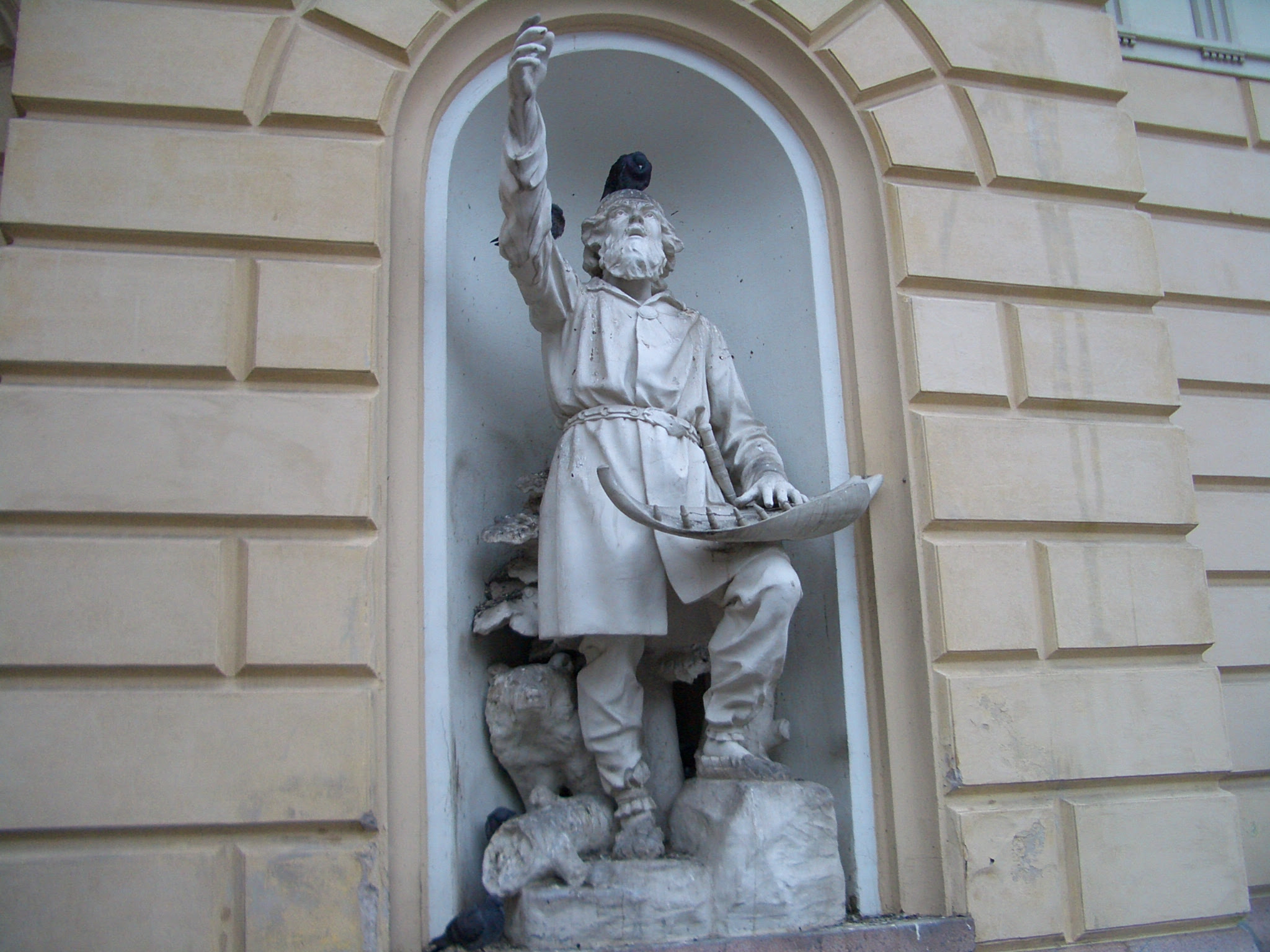 One of the difficulties involved in introducing my story collection Unikirja has to do with most people's unfamiliarity with The Kalevala and The Kanteletar, the twin tomes of Finnish myth and folklore. The stories and songs that make up these collections are very old, but were gathered together in the nineteenth century as a surging sense of national pride grew. The tiny nation straddles the dividing line between the Baltic and Scandinavia, and had been dominated alternately by its two larger neighbours Sweden and Russia.

A doctor with a fascination for folklore, Elias Lönnrot set out to collect examples of the old tunes and stories that people told to try to capture what he saw as a vanishing way of life. In The Kalevala, he arranged these stories in runos to link together story arcs. You can read an English version online, but let me acquaint you with some of the recurring characters who show up in my stories.

Väinämöinen is the eternal sage. After Ilmatar the goddess gives birth to the world, he is the first human born. He knows all manner of magic. I've always found it fascinating that much of Finnish magic comes from know the true names of things and being able to sing them. At one point, Väinämöinen faces a young challenger who thinks he can take on the old man, but he gets sung right into a swamp. The panicky Joukahainen offers his sister's hand in marriage, which starts another theme for the old magician: he never gets the girl.

Aino is the sister offered to Väinämöinen. Her parents think it's an advantageous marriage, but the beautiful young maiden finds little appeal in being joined to the ancient sage and finally drowns herself to escape. She comes back, however, as a salmon to taunt Väinämöinen, so she lives again. Väinämöinen's mother suggests he should go north to find a bride instead.

Louhi is the witch of the northern lands. There's a great split in the Kalevala between the people of the south in Kaleva and those in the north, so they're always portrayed as adversaries. Louhi, while seemingly as powerful as Väinämöinen, inevitably the stories depict her as "evil" which just sat wrong with me. As you might guess from our name, Louhi's Daughters, my friends Minna and Kasha shared the opinion that we were getting a rather one-sided view of Louhi and in our performances we tried to give a more balanced picture of this amazing woman. Our very first performance together was a retelling of the Aino story, which also proved a resonant touchstone for Unikirja.

While The Kalevala has a series of narrative threads, The Kanteletar is a looser collection of songs grouped by who sings them, i.e. men, women or children. There are also a number of ballads that would be sung by everyone. Not surprisingly, one of the songs is all about the kantele. The name of the collection is kantele plus the feminine ending, so you might think of "Kanteletar" meaning the spirit of the kantele, the source of all the songs.

Tomorrow and Sunday, I'll offer a taste of these stories.
Posted by C. Margery Kempe at 08:29

Interesting and informative post. I'll look forward to the tastes. :)

You wrote: "One of the difficulties involved in introducing my story collection Unikirja has to do with most people's unfamiliarity with The Kalevala and The Kanteletar, the twin tomes of Finnish myth and folklore."

Yes, I imagine that's true. I'd be interested to know how you address that in your marketing and promotional efforts. Maybe that's a future post?

As to today's post, again, I'm fascinated at the depth and width of the things I don't know. Thanks for sharing.

This is such interesting stuff - but, yes, I can see how you're climbing an uphill battle with it. I've never heard most of this.

I love the worlds that myths, legends and fantasy reside in. True, I am not familiar with these characters, but look forward to meeting them!

You're providing me with a great education via your blog! I'm enjoying your posts and always open to learning something new.

I know little about myths and folklore in general and nothing about Finnish stories so this is a real education for me. Enjoyed the post.

Do you have photos or drawings of these "gods"? It's fascinating to learn about them.

Strongly urge you connect with the Historical Novel Society. This is a great group of folks with a vast amount of knowledge and camaraderie to share. Just google their name and you'll find them.

Thanks for the suggestions, Karen. I will definitely check them out. Thanks everyone for the kind comments. I haven't had a chance to keep up with everything while I'm at this conference, so I appreciate your dropping by.